skip to main | skip to sidebar


Our Blog is now discontinued due to lack of time; but please do come and join us on twitter @mickandbrita or facebook at:
www.facebook.com/mickandbritabooks 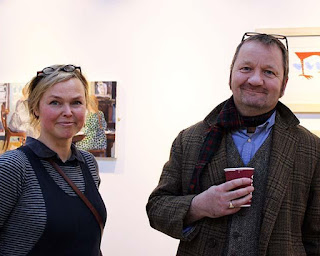 Posted by Mick Manning and Brita Granström at 16:02 No comments:

Posted by Mick Manning and Brita Granström at 09:00 No comments:

Strange Meeting. A short story in the Yorkshire Post

Recently Mick was invited by the Yorkshire Post newspaper to write something in under 300 words on 'what I’d tell myself as a teenager'. This is the full version. An edit appeared in the Yorkshire Post in December 2011.
Strange Meeting

We meet on the platform at Haworth station. It’s 1976. I say “Micky, keep your Hawkwind posters; in 30 years you’ll sell them on something called eBay.” I earn a blank look but it breaks the ice.

In The Fleece we reminisce about ‘our’ dad; how he revealed the past as a fascinating place by telling great stories about his Sheffield childhood and his time in the RAF. When Micky tells me he might write a book one day and call it Tail-End Charlie I give him a conspiratorial grin.

Micky reminds me how dad is always telling him to get his hair cut. I chew that memory; it tastes better now I have four sons of my own.

I thought dad would live forever back then. But one morning in 1977 he went off to work and I never saw him again . . . Of course I don’t tell myself that. What I do suggest is to consider parents as a library; a treasure trove; a word-hoard of memories and experiences. Their stories need to be coaxed, appreciated, respected, remembered and passed on. Because there will come a day . . . and much sooner than you think.

Then the landlady cuts things short “TIME GENTLEMAN PLEASE!” As I board the Worth Valley express to 2011 Micky asks shyly, “What’s the journey going to be like then?”

That should be the end of this strange meeting, but as the train pulls out of the station, I can’t resist leaning out of the window and shouting “HEY MICKY! GET YOUR HAIR CUT!”

Posted by Mick Manning and Brita Granström at 15:05 No comments: 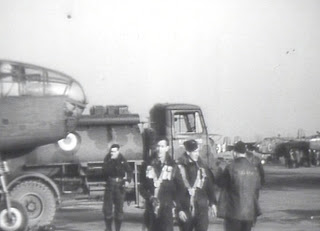 When I was a boy my dad would tell me stories about his experiences as an air gunner in the RAF during WW2; stories that eventually, forty years later, became Tail-End Charlie.
I always remember my dad telling me there was a camera crew on board his plane the day he was wounded and I tried hard to find this mystery film footage over the years – but with no success. Then, not long after the publication of Tail-End Charlie, some 2nd TAF/180 squadron operational film footage turned up on the Imperial War Museum website. The date and location of one of the films matched my dad's last op. . . I knew it had to be the missing film. I ordered a copy and waited.
A few weeks later three or four minutes of footage arrived in the post and I was transported back to Melsbroek 1944 in a scratchy black and white film. I saw aircrew gathered by their planes. . . I even recognised Paddy and Com, my dad's crew mates, walking towards the camera, smiling and waving. In another sequence I recognised our book's consultant Dicky Levy. The cameraman, Sgt Eaton had also captured aerial shots of 180 squadron en route and combat footage of the bombs dropping and exploding on Schmidtheim. It was all filmed from my dad's Mitchell B25 and it felt strange to think he must've been close by, somewhere behind the camera.
I have now added a short clip from the film footage on our website so go and have a look. Be careful – it's a time portal that, for a few brief seconds, will carry you back to 180 squadron, 1944. 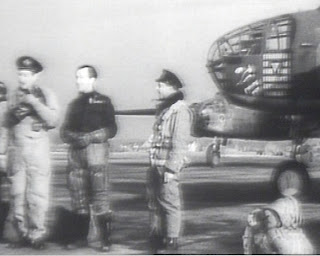 Posted by Mick Manning and Brita Granström at 14:08 No comments:

Our Blog is now discontinued due to lack of time, but please do come and join us on twitter or facebook at www.facebook.com/mickandbritabooks or ask for our books in a bookshop near you. 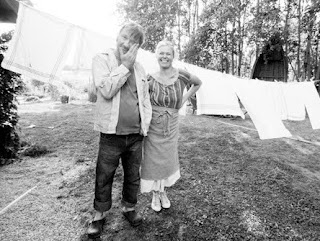 Posted by Mick Manning and Brita Granström at 11:01 No comments:

Mick Manning and Brita Granström
Mick and Brita have been writing and illustrating children's books together for almost twenty years. Their first book The World is Full of Babies won the Smarties Silver Prize in 1996 and their next, What's Under the Bed? won the TES Award in 1997. They have won The English Association Award in 2000, 2005, 2008 and 2011. Other nice things that have happened to their books include A Ruined House being chosen by Quentin Blake as one of his fifty all time favourites in his own book The Laureate's Party and Yuck! being featured in Mike Leigh's brilliant film Happy Go Lucky. Their most recent books include Charles Dickens; Scenes From An Extraordinary Life, Nature Adventures and Taff in the WAAF (winner of the 2011 English Association Award) which was a follow-up to the best selling and much loved Tail-End Charlie, (shortlisted for the Blue Peter Awards and nominated for the Carnegie Medal).